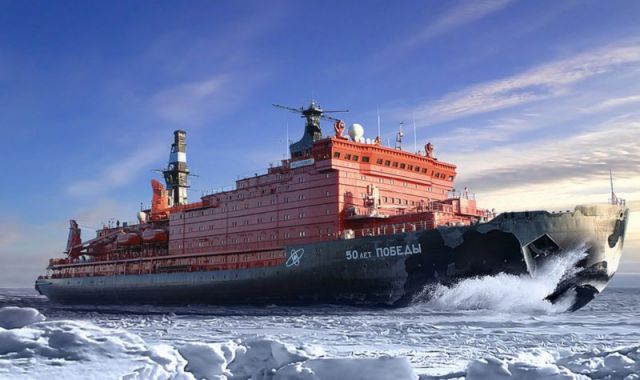 The Arctic is warming up faster than anywhere else in the world. That’s sounding alarm bells for people worried about the destabilizing effects of climate change, but it’s also piquing the interest of governments eying a shipping shortcut that could shake up the future of global trade. The Northern Sea Route, which runs along Russia’s northern coast, could become a major shipping route connecting Europe and Asia that would be one-third shorter than the Suez Canal.

It’s hardly that straightforward, however. Keith Johnson and I get into the nuances of this in a new piece for Foreign Policy (http://foreignpolicy.com/2018/03/08/putin-and-xi-are-dreaming-of-a-polar-silk-road-arctic-northern-sea-route-yamal/ ) looking at the complications of operating in the far north and how the economics of doing so don’t really add up and wont for several decades (if ever). Still, the Northern Sea Route is home to large energy deposits and Russia has big plans for Arctic oil and gas and is already getting a major LNG project going. The area has also caught Beijing’s attention and was tied into Xi Jinping’s massive Belt and Road foreign policy initiative in late January as a “Polar Silk Road.” So while the Northern Sea Route might not be the next Suez Canal, expect to hear more about it.

Welcome and good morning/good afternoon/good evening to everyone. After a break and some holidays, I’m back at it. It’s been a very busy few weeks for me with some travel to northern Finland that coincided with a nice cold snap. I’ve got a bunch of stories in the works — dealing with everything from Arctic politics to tech start-ups — that should be trickling out over the next few weeks (and I should probably be writing them now), but I thought I’d take a nice break and send out a newsletter instead.

As always, please send me your feedback. Hit me up with an email or tweet at me (@ReidStan) with any tips, suggestions or gushing praise. Also, please share this newsletter with anyone you think might be interested. New people can subscribe by clicking this link and entering their email (https://tinyletter.com/ReidStandish). 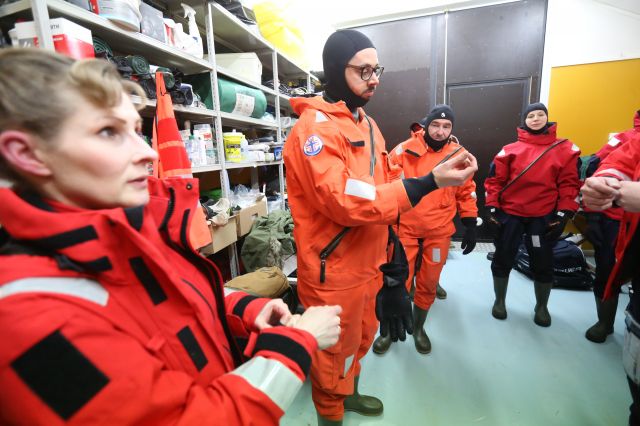 Here we are suiting up before taking a dip in the Baltic Sea off the coast of Oulu, Finland (in reality we were floating on our backs with our hands in the air because they were only covered with neoprene gloves.) As you might expect, it was cold, but it was also a very strange feeling to float during the pitch black night in a large hole chainsawed out of the ice. (Photo courtesy of Kseniia Poteeva)

1) It’s hard to open a paper/website without reading about fake news/disinformation/bots/information warfare. But some scientists from MIT just published the largest-ever study on how false information spreads and how people interact with it on the internet. There’s plenty to chew on in this, but the general takeaway is that lies spread much faster than the truth and that we’re all very unprepared for how to deal with that. You can read the news write up about the study from The Atlantic here (https://www.theatlantic.com/technology/archive/2018/03/largest-study-ever-fake-news-mit-twitter/555104/) or you can read the full paper here (http://science.sciencemag.org/content/359/6380/1146).

2) Speaking of information wars, Shaun Walker has a very good piece for CodaStory about his first hand experiences reporting in eastern Ukraine when the war first began and being swept up in the narratives and disinformation pushed out by the Kremlin. Shaun, along with reporter Roland Oliphant, actually witnessed Russian forces crossing the border into Ukraine, something that Moscow denied and still does despite a wealth of evidence to the contrary. The story is about what happened after they published their article and the first-hand journey through the world of disinformation. It’s a very interesting and relevant read. (https://codastory.com/disinformation-crisis/armed-conflict/when-a-reporter-crossed-the-kremlins-borderline-ukraine )

3) My former colleague Bethany Allen-Ebrahimian has been a roll of late producing some really excellent reporting about Chinese influence campaign in the United States. I’m only linking to one article here, so I recommend following her on Twitter if you don’t already (https://twitter.com/BethanyAllenEbr.) Here’s a link to her most recent piece about Beijing’s efforts to influence life for Chinese students on American campuses. (http://foreignpolicy.com/2018/03/07/chinas-long-arm-reaches-into-american-campuses-chinese-students-scholars-association-university-communist-party/) 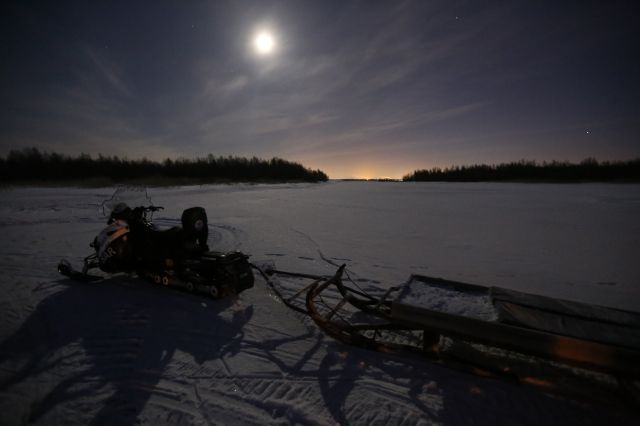 (The frozen Baltic Sea with the moonlight in the Bay of Bothnia. Photo courtesy of Kseniia Poteeva)

– A new study came out earlier this week in Finland and it found that only 17 percent of people were in favor of joining NATO, which is a new dip in terms of support. But it also found that about half of the country is in favor of working with Western militaries, like the United States, to prepare against a Russian military threat. So, as always, a complicated security picture, but also don’t hold your breath if you expect Finland to join NATO anytime soon.

– The Swedish Prime Minister visited Washington and met with Donald Tump this week and by most accounts, it was a successful visit. Other Nordic leaders, including Finnish President Niinisto, have already made the trip and generally received the commitments they wanted from Washington. It’s interesting to watch this shift to more bilateral relations under Trump. 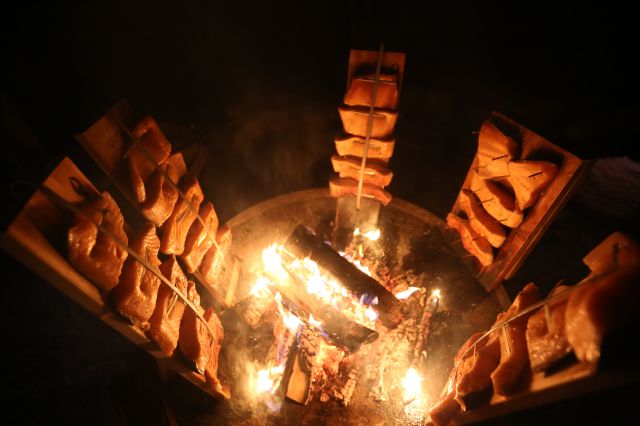 That’s all for now! Enjoy the weekend!