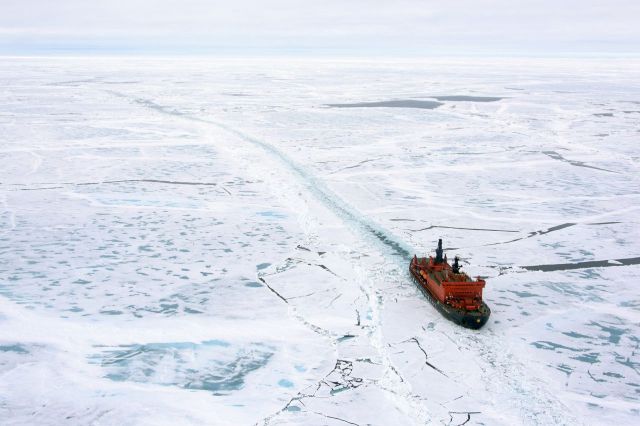 There’s an estimated $35 trillion worth of untapped oil and natural gas under the Arctic seabed, not to mention the economic potential from mining, tourism, and shipping lanes that control the flow of these goods to Europe and Asia. So far, Russia and China have been leading the charge for the High North, but Finland doesn’t want to be left behind in the flurry of activity as Arctic ice melts at an unprecedented rate.

I dug into this in my latest piece for POLITICO Europe (https://www.politico.eu/article/finlands-race-for-arctic-riches-resources-shipping-lanes-high-north/) based off reporting from northern Finland. There’s plans for rail links connecting Norway and Finland to Arctic shipping lanes running from Asia, an undersea tunnel through the Baltic Sea, and designs on building the next generation of icebreakers (or renting out their existing ships) to other countries as they look to project themselves in the High North. It’s part of Helsinki’s ambitions to leverage its location as the European Union’s northernmost point to become the bloc’s gateway to the Arctic and to Asia over the next 30 years.

Good morning/good afternoon/good evening to everyone and welcome to another newsletter. As always, please send me your feedback. Hit me up with an email or tweet at me (@ReidStan) with any tips or suggestions. Also, please share this newsletter with anyone you think might be interested. New people can subscribe by clicking this link and entering their email here –> (tinyletter.com/ReidStandish).

Also, I’m heading to Norway next week for a reporting trip. If anyone has any ideas for places to eat or people to meet, please let me know!

1) Russia began testing missiles with live munitions in the Baltic Sea on Wednesday as part of military exercises, which Latvia says have forced it partly to shut down Baltic commercial airspace. Officials say the tests are being carried out in Latvia’s exclusive economic zone, as well as further west in the Baltic Sea. While such actions have become more standard in recent years with tensions between Moscow and the West ramped up, Latvia said Russian drills have never taken place so near its territory and it’s clear that Russia is sending a message to its Baltic neighbors. (https://www.reuters.com/article/us-russia-latvia-missiles/russian-rocket-tests-force-partial-closing-of-baltic-sea-airspace-idUSKCN1HB1O3)

2) The drip continues for Facebook as it catches more heat over its slow response to dealing with fake news spreading on its platform and various groups manipulating the social network for their own ends. Yesterday, Facebook said that that “malicious actors”, such as Cambridge Analytica, took advantage of search tools on its platform, making it possible for them to discover the identities and collect information on most of its 2 billion users worldwide. (https://www.washingtonpost.com/news/the-switch/wp/2018/04/04/facebook-said-the-personal-data-of-most-its-2-billion-users-has-been-collected-and-shared-with-outsiders/?utm_term=.d4ec1259f79c)

3) Cooperation between Beijing and Moscow has been getting tighter in the last few years, but it was interesting that after Chinese Defense Minister Gen. Wei Fenghe met with Russian Defense Minister Sergei Shoigu in Moscow earlier this week, he said very candidly that it was to send a message to Washington. “The Chinese side has come (to Moscow) to show Americans the close ties between the armed forces of China and Russia … we’ve come to support you,” Wei said. So much for subtlety! (https://edition.cnn.com/2018/04/04/asia/china-russia-military-intl/index.html).

– There was a very interesting article in POLITICO Europe earlier this week by Nima Sanandaji about how Norway has fallen behind its Nordic neighbors (although it also criticizes Finland and Denmark) in terms of women cracking the glass ceiling (https://www.politico.eu/article/norway-invisible-glass-ceiling-women-in-management-positions-gender-equality/). The basic takeaway is that the welfare model is a double-edged sword for women’s advancement and that the Nordic countries that have reformed their systems the most in the last decade have seen the most progress.

– After having written two pieces in the last month (the POLITICO article linked above and this piece for Foreign Policy http://foreignpolicy.com/2018/03/08/putin-and-xi-are-dreaming-of-a-polar-silk-road-arctic-northern-sea-route-yamal/) that both focused on infrastructure and big picture economics and politics in the Arctic, I’d like to focus some more on the personal stories up north. Given all the focus on extracting resources, it seems like ample terrain to focus entirely on indigenous communities in the Arctic and how they’re dealing with the world viewing where they live as one big untapped economic playground. Worth a few more trips, I think.

– Spring feels pretty far off at the moment, so I’ll sign off with the meme that has been going around on Twitter the last few days. 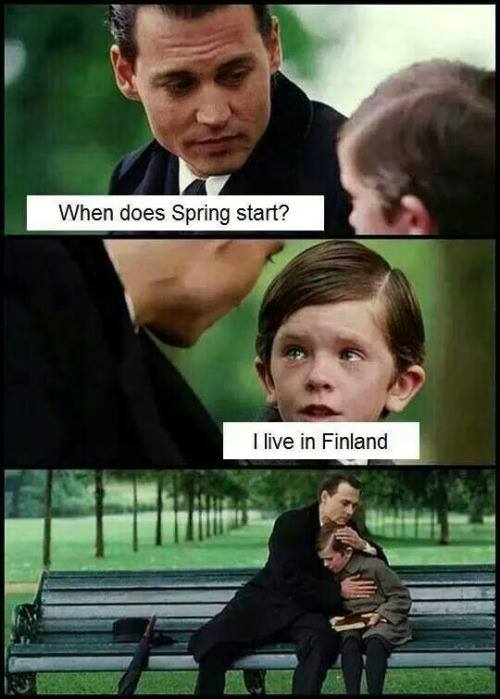