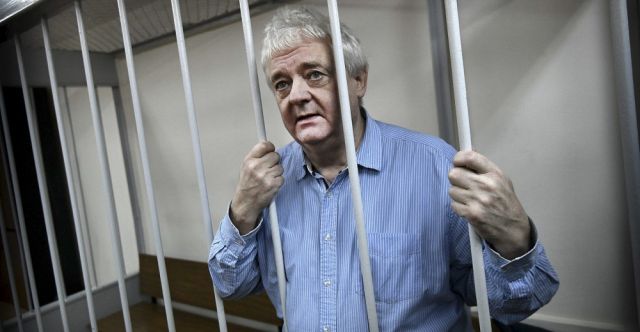 Late last year, a 62-year-old retired Norwegian border guard and pensioner named Frode Berg was arrested in Moscow and accused him of being a spy.Then, in late April, Berg admitted to having worked for Norwegian military intelligence, but as an unwitting courier.  The unfolding spy mystery is the subject of my latest piece for The Atlantic. (https://www.theatlantic.com/international/archive/2018/05/how-a-norwegian-retiree-got-caught-up-in-a-spy-scandal/560657/)

The case has placed a renewed focus on the deepening anxiety gripping the Norway-Russia border and puts the Norwegian government in an awkward position. Oslo serves as the West’s eyes and ears on Russia’s northern border, conducting physical and electronic surveillance for NATO and the United States. But while Norway and its allies have grown increasingly suspicious of the Kremlin, Oslo has also tried to prevent its relationship with Moscow from roiling the people-to-people ties that have developed on both sides of the border since the fall of the Soviet Union. Check out the link above to read the whole story.

Good morning/good afternoon/good evening to everyone. Welcome to all and wishing you a good start to the week. Please send any feedback or tips by email or tweet at me (@ReidStan). This newsletter has grown bigger than I expected when I first started it in January, so let’s keep it going. Please share this newsletter with anyone you think might be interested. New people can subscribe by clicking this link and entering their email here –> (tinyletter.com/ReidStandish) or shoot me an email with their address and I can add them.

1) Maybe some of you read this newsletter to escape the insanity of the Washington news cycle, but this piece from The New York Times is something that everyone should read. It’s long and expansive and there’s too much to summarize here, but it increases the scope of the Mueller investigation by looking at the countries beyond Russia that were trying to influence the 2016 U.S. election and make Trump president. (https://www.nytimes.com/2018/05/19/us/politics/trump-jr-saudi-uae-nader-prince-zamel.html)

2) By 2025, Sweden’s entire workforce is expected to grow by 207,000 people—yet it needs more than that number just to staff its fabled welfare state. The worker shortfall could crimp services and raise labor costs, especially in a political environment less hospitable to immigration. This Bloomberg piece gets into the shortfalls and future problems facing the Swedish welfare state (problems that generally apply to every Nordic country at the moment.) How they adapt and innovate will have repercussions for the future of their fabled social model. (https://www.bloomberg.com/news/articles/2018-05-15/look-at-what-s-going-to-happen-to-sweden-s-fabled-welfare-state)

3) Trump’s withdrawing from the Iran deal will have fallout in the Middle East, but it will also have a substantial effect on America’s relationship with its European allies. As Trump continues to shakeup the global order, Germany’s Merkel (who just visited Putin) is being pushed back towards Moscow. Berlin’s ties with Moscow are unlikely to fully rebound, but it shows that for Germany and probably other European powers, Putin is seen as more predictable than his American counterpart. (https://www.ft.com/content/6b92c9c4-5a75-11e8-bdb7-f6677d2e1ce8)

In case you’ve missed any of it, here are links to some of my more recent work:

-Last week, the world’s first floating nuclear power plant arrived in Murmansk after 19 days at sea. After about a year of testing, the reactor will be towed along Russia’s northern coastline until it reaches its permanent home in Pevek, which is in northeastern Russia. The power plant is part of Russia’s long-term strategy to develop the country’s oft-neglected Arctic communities.

– The Organization for Economic Co-operation and Development (OECD) published an index measuring different countries’ acceptance of their LGBTI population. Not surprisingly, Iceland, Sweden, and the Netherlands rounded out the top three most accepting countries, followed by other northern European countries (Finland was #8). But I was surprised to see the Baltic countries perform so poorly. Lithuania was not part of the study, but Estonia and Latvia were the third and second worst in the entire index, beat out only by Turkey. Same sex marriage is not recognized in Estonia or Latvia and marriages performed in other countries are not recognized either.

-It was the royal wedding this weekend and I actively avoided watching and reading about it. The only exception is this article about royal wedding hats by my friend Siobhán who started at The Washington Post earlier this month. You can read it here (https://www.washingtonpost.com/news/worldviews/wp/2018/05/19/royal-wedding-hats-2018-oprah-amal-clooney-camilla/?utm_term=.4eb6c3c7fe84)

Hope the weather is nice wherever you are. Here’s a shot of sunny downtown Helsinki. 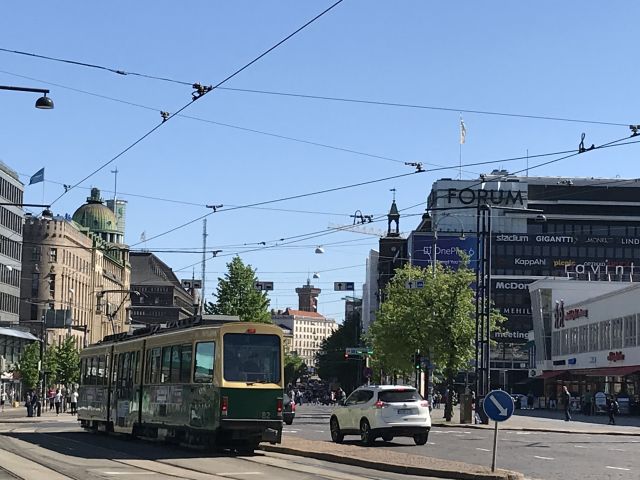 Until next time!
Reid