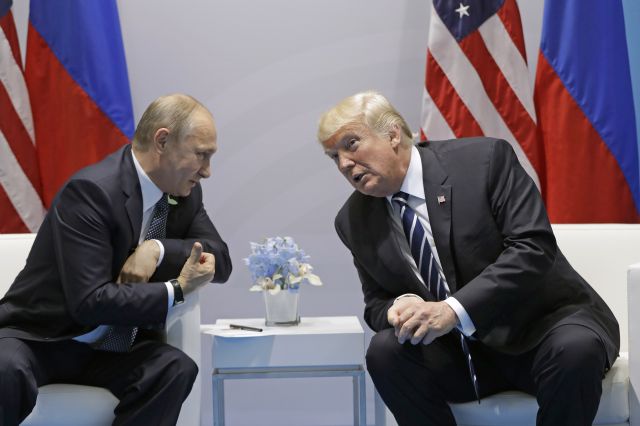 So, Helsinki is the winner and will be hosting the star-crossed summit between U.S. President Donald Trump and Russian President Vladimir Putin. The summit, which is slated for July 16th, is major news and has sent the Finnish government into overdrive, as people are moving fast to put together an international meeting in only a few weeks.

I have a new piece out in The Atlantic today about the summit and significance of Finland hosting Moscow and Washington again. Helsinki was a key meeting point between West and East during the Cold War, hosting summits in 1975, 1990 and again in 1997. Those summits brought together leaders with clear goals in mind and helped bring stability to Europe. But unlike those previous meetings, this upcoming one is bringing together two men that have thrown the continent into disarray. You can read the entire piece here: (https://www.theatlantic.com/international/archive/2018/06/finland-helsinki-russia-trump-united-states-summit/564074/ )

Good morning/good afternoon/good evening to everyone and welcome back! I thought I’d do a special version devoted to the upcoming summit, so things will be slightly different than usual. As always, send me any feedback or tips by email or tweet (@ReidStan). Also, don’t forget to share this newsletter with anyone you think might be interested. New people can subscribe by clicking this link and entering their email here –> (tinyletter.com/ReidStandish).

There’s lots to unpack with this summit. Beyond the big story about Putin and Trump’s meeting, there’s the subplot of what this means for Finland. Just hosting is a diplomatic win for Helsinki and it helps Finnish President Sauli Niinistö earn some extra points at home and solidify his image as the country’s elder statesman. Niinistö will also get a bilateral meeting with Trump and said yesterday at a press conference that he will likely do the same with Putin. To quote Trump, Niinistö is doing diplomacy “bigly.”

But the Finns are also not so keen to come across as the neutral middle ground like they were back in the Cold War. Neutrality and being a place between East and West are sore spots for modern Finland and there’s already been some consternation about Western media reports calling Finland “neutral” for hosting this summit: a policy they abandoned after the collapse of the Soviet Union. So, it will be interesting to see how the Finns tell their story and show that they are now firmly in the Western camp as they once again become the backdrop for a major summit.

The meeting between Putin and Trump will be the wild card here. No one really knows what to expect and the big concern is that Trump will be all too accommodating in his dealings with Putin. The NATO summit in Brussels before the Helsinki summit will likely be tense and there’s a lot of anxiety across Europe at the moment about this meeting. Of course, dialogue is usually a good thing and there’s logic in meeting with Putin. There’s just very little confidence in Trump.

1) Will Trump get played by Putin? It’s a legitimate question to ask, especially given Trump’s public fawning over the Russian president and how Trump handled Kim Jong-un in Singapore. This New Yorker article gives a good lay of the land. (https://www.newyorker.com/news/news-desk/will-trump-get-played-by-putin)

2) I liked this Politico article comparing the negotiating styles of both Trump and Putin. Unsurprisingly, Putin has a reputation for being meticulous and Trump publicly brags about not preparing. (https://www.politico.com/story/2018/06/23/trump-putin-summit-russia-665904)

3) To reiterate a point that needs reiterating, there’s a lot of worry that Trump will concede something he shouldn’t to Putin. Trump has been pushing hard to have this meeting and his praise of the Russian leader have defied pundits, foreign leaders, and his own staff alike. Ahead of the summit, this article from Susan Glasser is worth revisiting. (https://www.newyorker.com/news/letter-from-trumps-washington/theres-no-stopping-him-trump-insists-on-a-russia-summit)

– I had fun reading about Finnish Cold War history while writing the piece for The Atlantic. I liked this anecdote from a news report from the 1990 meeting in Helsinki between Bush and Gorbachev: Stealing a leaf from Gorbachev’s travel book, Bush stopped his limousine, under a gray, chilly sky, and plunged into a crowd near an open air food and vegetable market. As he climbed back into his limousine after shaking hands on the streets of Helsinki, Bush exclaimed over the automobile’s loudspeaker: “Thanks very much. Long live Finland!”

– I also came across an interesting line in an obituary about Urho Kekkonen, Finland’s iconic Cold War president who guided the country between East and West and solidified its neutral status at the time. “He said that Finland could not proceed haphazardly on the assumption that everyone knew its foreign policy was one of neutrality and friendship with the Soviet Union. Finns, he said, could never take their foreign policy for granted but must rededicate themselves to it every day.” Seems like there’s some wisdom in there that Finnish foreign policy makers could use today as they push to update the world that Finland’s neutrality expired nearly 30 years ago.

That’s all for now! It’s going to be a very busy July.