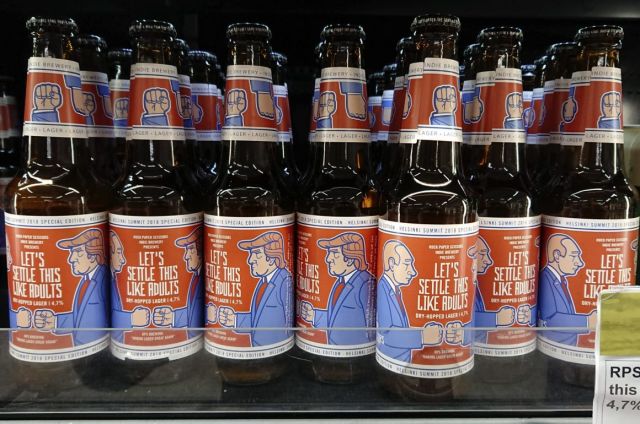 President Donald Trump has been in Europe less than a week and so far he’s left a trail of confused officials, angry protesters, and frayed alliances. After a two day summit in Brussels and another trip to the U.K., he’s set to arrive in Finland tomorrow and the country has mixed feelings about it.

I had a piece out yesterday in POLITICO Europe looking at the vibe in Helsinki as it prepares to welcome Trump and Putin to town on Monday. Of course, the country is no stranger to hosting summits of this stature, but this one certainly feels different. Neither president is particularly popular (a recent poll showed that 83 percent of Finns had a negative view of Trump and 76 percent had a negative view of Putin) and both men have brought a massive amount of instability to Europe in the last few years. You can read the whole article here (https://www.politico.eu/article/donald-trump-vladimir-putin-helsinki-summit/)

Good morning/good afternoon/good evening to everyone and welcome to a special newsletter ahead of the Trump and Putin’s meeting. As always, send me any feedback or tips by email or tweet (@ReidStan). Also, don’t forget to share this newsletter with anyone you think might be interested. New people can subscribe by clicking this link and entering their email here –> (tinyletter.com/ReidStandish).

It’s a warm sunny day here in Helsinki and preparations have been underway around the clock to welcome the American and Russian presidents. There’s a mix of excitement and anxiety around the city and the heightened security measures can already be seen on the streets. As the meeting finally draws near, the main story is what will actually be discussed between Trump and Putin. We know that each will meet individually with Finnish President Sauli Niinistö before having a one-on-one meeting together and then a working lunch with ministers and senior staff. Beyond that, the talks are said to be “unstructured” and could deal with a variety of topics.

Perhaps the biggest thing that the Kremlin is after is some form of sanctions relief, but a 2017 law bars Trump from easing many sanctions without approval from the U.S. Congress. Arms control remains another potential area for discussion. Neither side has started discussions on what to do when New START, a treaty between the two countries to cut their nuclear arsenals to 1,550 deployed warheads, that expires in 2021. Putin and Trump could agree to trigger a provision and extend the treaty by five more years. But Trump rejected Putin’s offer to extend the agreement in a February 2017 phone call and John Bolton, Trump’s national security adviser, remains an outspoken critic of the treaty. Asking for Russian assistance in Syria to limit Iran’s presence on the ground will also be discussed. Trump has expressed his desire to withdraw U.S. troops from Syria and Putin recently welcomed Israeli Prime Minister Benjamin Netanyahu, Jordanian Foreign Minister Ayman Safadi, and a senior Iranian official to Moscow for meetings.

But it’s hard to know what — if anything — concrete will come from the Helsinki meeting. Both presidents are keen to find a way to keep talking and will likely look for some kind of deliverable to keep the door open. The U.S.-Russia relationship has always been one of booms and busts and it has rarely been able to work for very long, so if Putin and Trump can find fresh solutions to some of these problems, that’s great. But I wouldn’t expect them to solve the world’s most difficult issues in a flashy meeting that lasts less than one working day. Instead, I’m expecting plenty of bluster and theatrics. 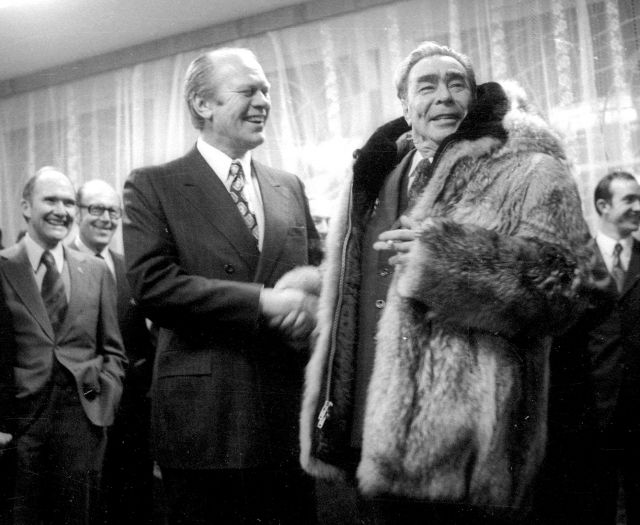 1) A U.S. grand jury indicted 12 Russian military intelligence officers yesterday for interfering in the U.S. election, which makes things extra interesting ahead of the meeting on Monday. Trump continues to call Mueller’s investigation into his campaign’s ties to Russia a “witch hunt” and has seemingly taken Putin’s denials about Russian interference at face value. This indictment forces Trump’s hand to a degree ahead of the Helsinki meeting to press the issue with Putin. These two articles do a good job of explaining the stakes. (https://www.theatlantic.com/politics/archive/2018/07/muellers-blockbuster-indictment/565202/) (https://www.nytimes.com/2018/02/23/us/politics/mueller-investigation-charges.html)

2) Speaking of election interference, I thought I’d re-up a piece I did back in December looking at how little has been done to prepare for another campaign to meddle in American elections. (https://www.theatlantic.com/international/archive/2017/12/russia-disinformation-election-trump-putin-hack-cyber-europe/549260/)

3) The New York Times did a fun photo essay looking at the history of meetings and summits between American and Soviet/Russian leaders over the years. Take a look. My favorite is the one of Brezhnev wearing a wolf fur coat that Ford gave him (seen above). (https://www.nytimes.com/2018/07/14/world/europe/summits-kremlin-us-presidents.html)

4) As noted earlier in this newsletter, Syria is likely to be a central issue during the talks in Helsinki. This piece does a good job of explaining how difficult finding a lasting and workable solution will be: “In some alternate universe, it may make sense for the president of the United States to meet with his Russian counterpart to negotiate an end to the fighting in Syria. It would be a universe in which the American president weren’t constantly denigrating European allies, and the Russian president weren’t habitually lying about his country’s various predations.” (https://www.bloomberg.com/view/articles/2018-07-08/trump-can-t-play-putin-s-game-in-syria)

5) Also, in case you missed it, here is my piece for The Atlantic from late June looking at what hosting this meeting means for Finland and how it’s eager to show the world that it’s no longer the Finland of the Cold War. (https://www.theatlantic.com/international/archive/2018/06/finland-helsinki-russia-trump-united-states-summit/564074/)

– There’s going to be a good sized protest (technically several different ones) tomorrow in downtown Helsinki against Trump and Putin’s domestic agendas and the idea that they could strike some sort of grand bargain  that leaves human rights and liberal norms by the wayside. I’ve been to/covered a fair amount of protests in America and elsewhere, and it’s always enjoyable to see all the clever signs and banners that demonstrators come up with. So, I’m hoping Finns have some top quality slogans on display.

– The Finnish foreign ministry decided to put a sauna in the media center for journalists to use. I hope I have time to take löyly in it.

– I’ve probably watched this clip of a woman calling Piers Morgan an idiot on live television at least 50 times. (https://www.thecut.com/2018/07/woman-yells-im-a-communist-you-idiot-at-piers-morgan.html)

That’s all for now! Enjoy your weekend!