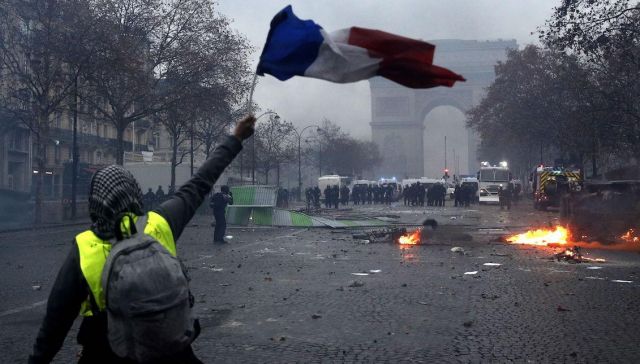 Europe in 2018 has been defined by rising populism, fallout from Brexit, a revanchist Russia, and a declining political center, and those pressing issues will continue to be on the agenda for 2019.

With that in mind, POLITICO released its POLITICO28 earlier this week. Every year, the organization compiles a list of 28 people who will shape Europe in the year ahead and I contributed a few profiles to the list this time around. The basic idea of the list is to pick 28 people from 28 countries who are worth watching in 2019 — politicians, business leaders, activists and artists — and they are selected not only for the power of their office, but for the way they are shaping their countries or the EU.

For my entries, I interviewed Norwegian Foreign Minister Ine Eriksen Søreide and Finnish entrepreneur Peter Vesterbacka. As foreign minister, and previously as defense minister, Søreide has played a massive role in shaping Norway and NATO’s response to Russia in the last four years and will continue to be on the front lines of the West’s not-quite-conflict with Moscow in 2019. Vesterbacka, formerly a top executive who helped transform Angry Birds into a global hit, is channeling his energy into building a €15-billion underwater tunnel stretching under the Gulf of Finland from Finland to Estonia. Not only is it an ambitious infrastructure project in its own right, but Vesterbacka wants to do it only with private money and complete the tunnel by late 2024 (which seems unlikely at the moment, but he dreams big.)

You can read the two profiles below.

Good morning/good afternoon/good evening to everyone. Welcome to my first newsletter sent from Kazakhstan.

If you’re new to this newsletter, pleasure to have you and as always, send me any feedback or tips by email or tweet (@ReidStan). Also, don’t forget to share this newsletter with anyone you think might be interested or add them to the mailing list. New people can subscribe by clicking this link and entering their email here –> (tinyletter.com/ReidStandish).

1) Secretary of State Mike Pompeo said yesterday that the United States could be withdrawing from the INF, the Cold War-era treaty that brought about the elimination of intermediate-range nuclear forces. Washington has accused Moscow of violating the treaty and said if it does not comply within 60 days, then it will withdraw. In response to the prospect of the treaty collapsing for good, Mikhail Gorbachev and George Shultz, two of its architects, wrote an op-ed in The Washington Post calling for it to be preserved at all costs: “But we are convinced the United States and Russia must resume progress on a path toward the eventual elimination of nuclear weapons. The alternative, which is unacceptable, is the continuing threat of those weapons to our very existence.” You can read the full piece here.

2) I wish I had more time to report on Sweden’s integration problems when I was there in September covering the election. But this Bloomberg piece goes deep into the topic and has tons of interesting details about how Sweden is struggling to bring its immigrant communities into the fold: “Rising nationalists are wrong to blame the recent wave of migrants. But the rest of Sweden must own up to an even harder problem.” Read the article here.

3) This is an amazing story and an impressive piece of journalism. I don’t want to go into to it too much because I think everyone should find some time to dive in and read it themselves. But this is an expertly done profile about the man who recruited the 9/11 hijackers. The piece follows Mohammed Haydar Zammar’s journey from the camps of al-Qaeda to the battlefields of the Islamic State to the prison cell in Syria where he is today. In addition to being fascinating in its own right, it traces the last two decades of the War on Terror through his personal story and gives some new insights into how we got to where we are today. Read it here.

– It’s been a fun first few days in Kazakhstan. Our apartment seems nice and it is quite spacious, but it looks pretty empty at the moment with all of our furniture currently on a truck driving across Russia to Kazakhstan.

– Sorry to be the journalist that quotes conversations with taxi drivers in foreign countries, but I’ve really enjoyed talking with all the drivers that I’ve had over the last three days in Astana. When people find out I’m a journalist they always want to talk politics and share their opinions about Trump, Putin, and Xi. Unsurprisingly, there aren’t many Trump fans here, but there also aren’t many Putin or Xi fans either. One driver yesterday made an interesting comment: “I don’t like Trump and I didn’t like Iraq or Libya, but I like America. I don’t like Russia and I don’t like China much either. Putin is a bully and doesn’t respect Kazakhstan. At least America tries to help people and the world sometimes. Russia and China don’t do that.”

– I’ve been working in coffee shops the last few days and it appears that Kazakhstan loves Christmas music, which is interesting for a country that is 70 percent Muslim.

– When I tell Kazakh people that I’m from Canada originally, they almost always ask me about bears. “Ah, Canada. Many Grizzlies!” “I hear Canada is nice, but I don’t know if I’d want to live in a place where polar bears could attack me.” The handyman that came by our apartment today asked me if Vancouver was overrun by polar bears.