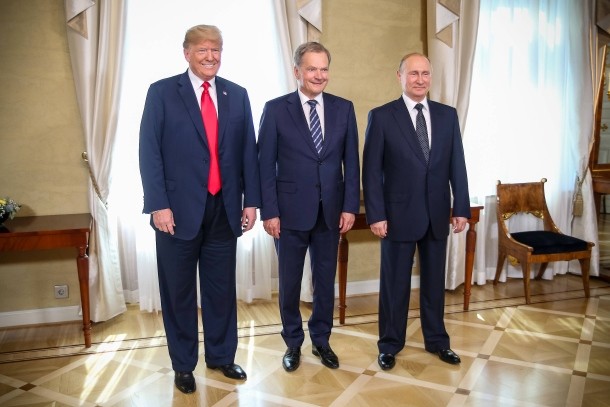 Finland’s president has a plan to get Donald Trump and Vladimir Putin to collude — on climate change.

That was the focus of my interview with Finnish President Sauli Niinistö in a recent piece published in POLITICO Europe. Niinistö hopes to get Trump and Putin to show up at a meeting of leaders of the Arctic Council to tackle at least one element of Arctic climate change — black carbon. The Finnish president has made black carbon, the black soot emitted from coal-fired power plants and by burning fossil fuels that speeds up climate change in the Arctic, his pet issue and pushed for rolling it back during the substantive face time that he’s had with the Russian and American presidents over the last two years.

It’s certainly an up-hill battle for Niinistö, especially given that both men have denied that manmade climate change exists. Niinistö has also received his share of criticism at home that he’s wasted his time trying to bring Putin and Trump together instead of focusing elsewhere, which could lead to more meaningful results in curbing climate change. It was an interesting conversation about the difficulty in getting world leaders to come together and fight climate change, especially amid the series of shocks to the international political system of late.

You can read the whole article here: https://www.politico.eu/article/sauli-niinisto-black-carbon-finnish-leader-targets-donald-trump-and-vladimir-putin-in-climate-change-drive/

Now a personal update. I’ll be leaving Finland and my Nordic beat and returning to my Central Asian journalistic roots starting in the New Year. My wife Kaisa, who is a Finnish diplomat, will be joining the embassy in Astana, Kazakhstan and we’ll be moving there this weekend. We’re in the process of packing up our last things, so it will be a shortened newsletter today.

It will certainly be a change after a year and half of being based in Finland and covering northern Europe, but I’m excited about all the interesting stories that I can sink my teeth into in Central Asia. Overall, I really liked living in Finland and was able to report a bunch of interesting stories while I was here. I won’t be forgetting about this part of the world and may return for some more reporting relatively soon (depends on the speed that my journalist accreditation gets approved in Kazakhstan), but my sights will be turning towards Eurasia in the New Year.

Thanks to all the wonderful people that I’ve met here and please stay in touch. I have a few more stories from northern Europe that will be coming out in December and will send some more newsletters once they’re ready. I hope to keep this newsletter alive and will likely shift it (and rename it) to focus on Central Asia.

If you have any tips, suggestions, or introductions for Central Asia, please get in touch! I’m also accepting suggestions for what the newsletter’s new name should be. Send me your Central Asia-themed ideas! I know there are clever people who read this newsletter, so hoping to get some smart ones.

– The holidays are fast-approaching, so I’m going to include a few plugs for some good books that are out and available. I recently got my hands on Joanna Lillis’ Dark Shadows: Inside the Secret World of Kazakhstan and it’s a great read. Joanna has lived in Kazakhstan and reported around Central Asia for many years and the book is a great introduction to the country and region’s fascinating politics and history that still has plenty for experienced Central Asia-watchers to enjoy.

– Also, historian/journalist Gordon Sander has an updated version of his book out. Off the Map: A Personal History of Finland is available to buy in Finland and can be ordered online through the contact form here. Some of you may remember that I mentioned the book back in the summer. Gordon first came to Finland in 1977 at the height of the Cold War and the book is about the growth and evolution of the country told through Gordon’s own experiences and adventures.

– Finally, I’d be remiss not the mention the escalated crisis happening in Ukraine and Russia in the Sea of Azov. There have been some smart reports and analysis on the issue (read here and here), but I particularly liked this piece by Nate Reynolds in Foreign Policy magazine that pushes back on the narrative that Putin’s foreign policy adventures are about maintaining popularity at home: “Any optimism that Putin will reduce tensions with the West in search of sanctions relief to mitigate domestic troubles is also misplaced. Putin shows no signs that he feels pressure to change course, apparently betting that he can exacerbate growing divisions in the West and improve Moscow’s position over time.”

– Seeing as how I’m headed to Astana in the middle of winter, I’ll leave you with a photo from the last time I was in the Kazakh capital during the winter. 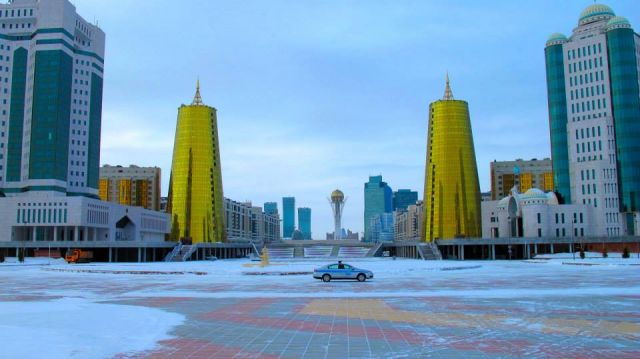