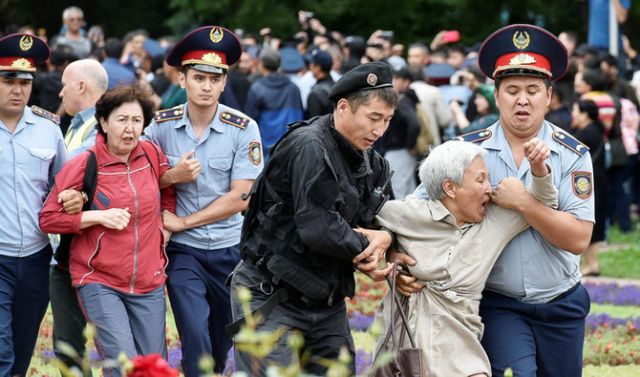 For the first time since the collapse of the Soviet Union, Kazakhstan has a new president. Kassym-Jomart Tokayev, the interim president and hand-picked successor of Nursultan Nazarbayev, the Central Asian country’s longtime autocrat, confirmed his position on Sunday in an election where he faced off against six government-approved candidates.

But the choreographed transfer of power was overshadowed by sustained protests across Kazakhstan on election day, which continued into Monday and early Tuesday before being broken up again my police.

My latest piece for Foreign Policy takes stock of what has been a surprisingly high-stakes election for a vote that many saw as already pre-determined and looks ahead at what’s to come for Central Asia’s largest economy:

Small crowds gathered in major centers across Kazakhstan to protest, with demonstrations by several hundred people held in Almaty, the largest city, and Nur-Sultan, the capital, which was recently renamed from Astana by Tokayev to honor Nazarbayev. The interior ministry said around 500 demonstrators were detained in what it called “unsanctioned” rallies across the country for protesting against the election, which critics said was staged. Plainclothes police officers moved through the crowds, while riot police responded forcibly to the gatherings, banging their shields before encircling demonstrators and dragging them onto buses. Dozens of journalists—both local and foreign—were also detained while covering the protests, and Facebook and Telegram, a popular messaging app, were inaccessible at times. 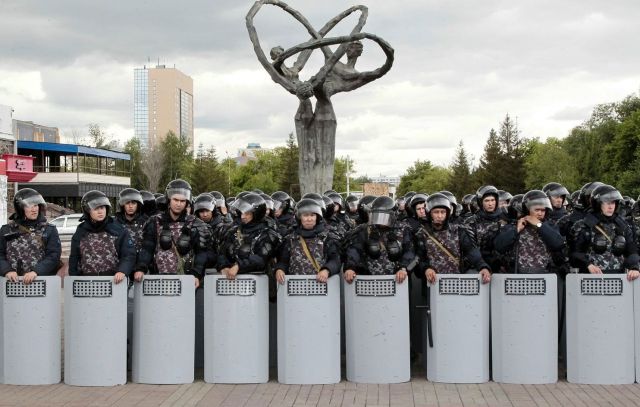 Good morning/good afternoon/good evening to everyone. It’s been an exciting few days in Kazakhstan, with elections, a new president, and the largest protests in the country in years. As always, send any story ideas or updates my way. New people can subscribe by clicking this link and entering their email here –> (tinyletter.com/ReidStandish). 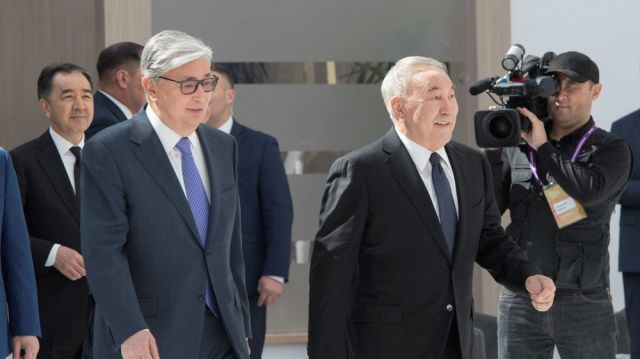 (Tokayev, left, and Nazarbayev, right, together on election day)
MY LATEST

I’ve been busy reporting about the elections in Kazakhstan over the last few days and ended up doing three TV hits on DW News and a few radio appearances on BBC’s World Service. I don’t have the link for all of them right now, but I’ve included links to TV appearances below.

3) Also, here’s a piece I did for Foreign Policy about the then-upcoming elections in Kazakhstan over the weekend. Here’s a short excerpt:

This makes the elections a largely choreographed affair, with activists, analysts, and foreign diplomats viewing Tokayev’s ascension as a foregone conclusion. But Nazarbayev’s resignation and the ensuing election period have also catalyzed activists across the country, leading to an unexpected series of protests and rising civil disobedience that have exposed cracks in the ongoing political transition. Entrenched corruption and poor public sector services are long-standing grievances, while a growing wealth gap, inflation, and several rounds of currency devaluation in recent years have dimmed the country’s economic horizons and wiped out savings accounts.

With discontent and pessimism on the rise, Kazakhstan’s beleaguered activists and embattled independent media see the succession process as a rare moment to stake a claim to their country’s political future. The approaching vote, even if fixed, is seen as a chance to begin the long process of building Kazakhstan’s political culture, which they say was put on hold during Nazarbayev’s rule.

4) In case you missed it, here is my piece from last week for The Atlantic looking ahead at Kazakhstan’s vote and its wider significance for the autocratic world:

Still, this election is being watched closely—just perhaps not by pro-democracy activists in the West. How to hand over power is a common problem for authoritarian regimes, and the process does not always go according to plan. By overseeing his own transition while retaining significant power, Nazarbayev signaled that he would be attempting an important experiment in how to modernize an autocratic system, which his fellow strongmen—notably those in the former Soviet space, such as Belarus, Tajikistan, and in particular, Russia—might be looking to borrow from. 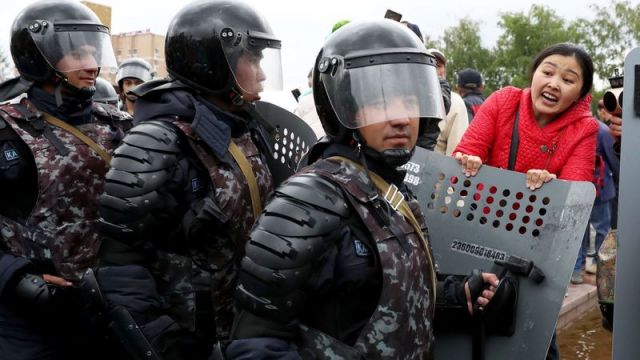 That’s all for now! The next one of these that I send will be from Moscow.