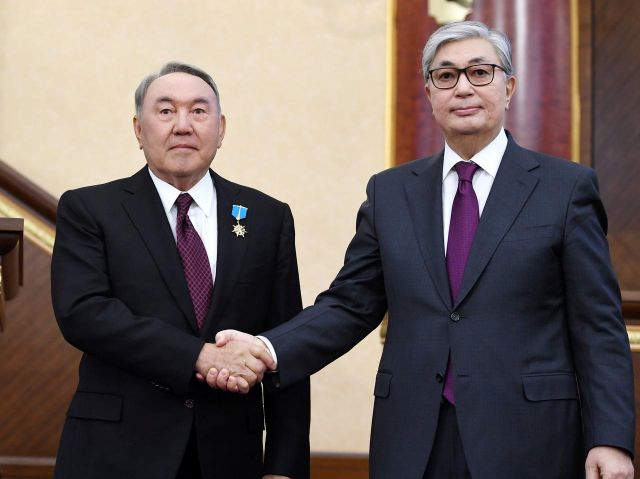 How to hand over power is a common problem for authoritarian regimes — and Kazakhstan’s Nursultan Nazarbayev is attempting an important experiment in how to do just that. The country is hosting elections on Sunday, June 9, but they are already considered a fait accompli, with a victory for Nazarbayev’s hand-picked successor considered a given. Still, the elections are interesting as they mark the start of a long-awaited succession process in the country, with Kazakhstan set to get its first new president in 30 years. They also might set an interesting model for other aging dictators as they need to start handing off power.

Here’s my new piece in The Atlantic as Kazakhstan heads towards this moment:

“This election is being watched closely—just perhaps not by pro-democracy activists in the West. How to hand over power is a common problem for authoritarian regimes, and the process does not always go according to plan. By overseeing his own transition while retaining significant power, Nazarbayev signaled that he would be attempting an important experiment in how to modernize an autocratic system, which his fellow strongmen—notably those in the former Soviet space, such as Belarus, Tajikistan, and in particular, Russia—might be looking to borrow from.”

I was also on Deutsche Welle yesterday talking about the upcoming elections. There is a clip here:
https://www.youtube.com/watch?v=c5tipaMEJzI&feature=youtu.be

Good morning/good afternoon/good evening to everyone. It’s been a crazy 6 months for me since the move to Central Asia and I’ve definitely let my newsletter duties slide. But I’m hoping to get this up and running again in the future — albeit in a more abridged form. As always, send any story ideas or updates my way. New people can subscribe by clicking this link and entering their email here –> (tinyletter.com/ReidStandish).

A short personal update: I’ve accepted a fellowship and will be heading to Moscow next week. I’ll be moving around Russia starting this summer for the next year (although still returning back to Central Asia.)

– Given that it’s been so long since I’ve sent this out. I thought I’d include some of my pieces from the past few months:

1) I was on Radio Free Europe’s Central Asia podcast a few weeks ago talking about the upcoming elections in Kazakhstan. https://www.rferl.org/a/majlis-podcast-preelection-discontent-in-kazakhstan/29935933.html

2) Here’s my take from when Nazarbayev resigned in March: https://foreignpolicy.com/2019/03/19/nazarbayev-is-giving-up-presidency-not-power-in-kazakhstan/

3) This is reporting about China’s internment camps in Xinjiang from when Kazakhstan arrested a leading activist on the issue. https://foreignpolicy.com/2019/03/11/uighur-china-kazakhstan-astana/

4) Here is a more detailed report on the issue of China’s camps and their effect in Kazakhstan: https://foreignpolicy.com/2019/03/04/961387-concentrationcamps-china-xinjiang-internment-kazakh-muslim/

– It has been a taxing few weeks with lots of traveling and reporting for me. I’ll have another piece coming out on Saturday about the elections here in Kazakhstan and then will have a bunch of others in the works. So stay tuned!

– Last week I finally made it out to the Chinese border. I visited Khorgos, which is a big area getting built up as part of China’s Belt and Road Initiative. The Chinese side is quite impressive, but the Kazakh side of the border is fairly barren at the moment. Here is a photo of the train tracks, where trains come from China before heading off across Eurasia to enter the European market. 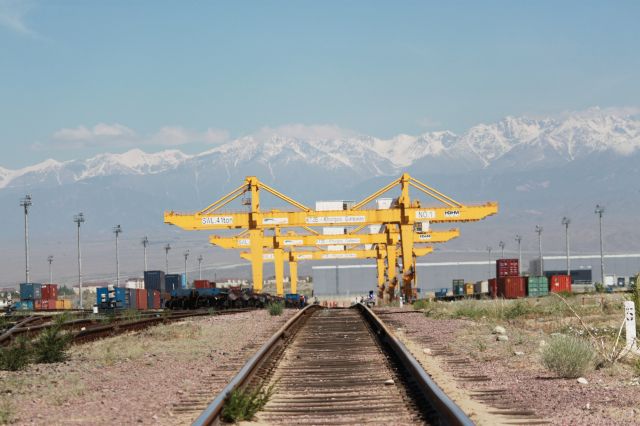 That’s all for now!
Reid