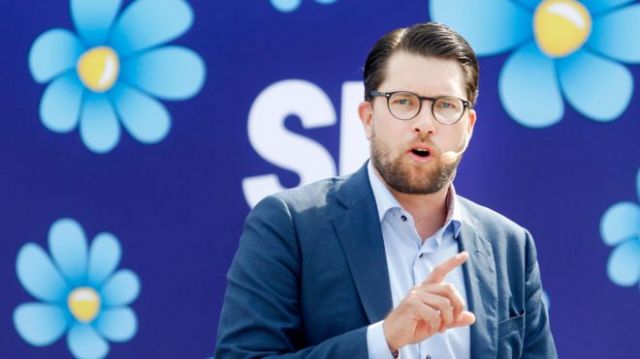 It wasn’t quite the populist surge that the experts predicted. But in Sweden’s election on Sunday, the anti-immigration Sweden Democrats still managed to expand their influence, setting the stage for an uncertain government-formation process among the country’s eight political parties. After a tense and unusually divisive campaign focusing on immigration and crime, Sweden will now contend with a fractured landscape in which the center-right and center-left coalitions that have defined its politics for decades are deadlocked, and the populist party holds the balance of power in parliament. I had a piece out in The Atlantic on Monday looking back at the election and what comes next for Sweden after the establishment managed to hang on by its fingernails:

“Sunday’s vote kicked off a new era in Swedish politics, one of weak government and a fragmented legislature. Because of Sweden’s multiparty bloc system, government formation requires political compromises and coalition building. But the Sweden Democrats’ strong showing injects considerable uncertainty into what has long been one of the world’s most stable democracies.”

You can read the full article here. (https://www.theatlantic.com/international/archive/2018/09/sweden-democrats/569743/)

Good morning/good afternoon/good evening to everyone. Greetings from sunny California and welcome back after a summer break. If you’re new to this newsletter, pleasure to have you and as always, send me any feedback or tips by email or tweet (@ReidStan). Also, don’t forget to share this newsletter with anyone you think might be interested. New people can subscribe by clicking this link and entering their email here –> (tinyletter.com/ReidStandish).

1) Much of the talk in Sweden and elsewhere is about how the country managed to stave off a populist landslide. While this is true — most polls showed the Sweden Democrats coming in second place — the anti-immigration party still had their best-ever showing, while the Social Democrats (Sweden’s traditional ruling party) had its worst result since 1911, meaning that this election points to some deepening cracks in wider society that remain unsolved and still haven’t really been addressed. Paulina Neuding, who is a smart Swedish political columnist and editor, wrote a good piece for POLITICO Europe on this very topic: “Politically, Sweden will manage. Socially, however, the country is going through a tectonic shift, with deep-running divisions, tensions and resentment that will leave their mark.”

2) Emily Schultheis, also writing for The Atlantic, had a good postmortem on the Social Democrats’ election result: “Exit polling Sunday night found a remarkable 41 percent of Swedish voters opted for a different party than they’d chosen in 2014. In other words, the trend lines have been worrying for the Social Democrats for a while—and, despite a generally strong economy, voters don’t seem to feel secure about their own fortunes and futures.” Read the piece here.

3) This election in Sweden was the first since the height of the refugee crisis, which already feels like such a long time ago. To fully grasp its impact, I think it’s worth re-reading this piece by James Traub in Foreign Policy from 2016 that really unpacks how profound it has been for the country..

– China is conducting a “mass, systematic campaign of human rights violations against Turkic Muslims” in its Xinjiang region bordering Central Asia, says a damning report released by Human Rights Watch. This is a massive story that is not receiving the attention it deserves. It is deeply worrying and only set to expand to other groups the Chinese government wants to control.

-It is Fall, which means it’s war games season. Last year there was the Aurora military exercises in Sweden and the Russia’s Zapad exercises taken place around the same time. This year there will be NATO’s Trident Juncture exercise, which will involve about 40,000 personnel, in Norway, while Russia just kicked off a new series of war games in its far east, this time with Chinese forces in tow. The joint maneuvers are certainly a sign that military ties — and the Moscow-Beijing relationship at large — is getting closer and seems to be partly motivated by a shared desire rival American power in the world. There are still plenty of hiccups to the China-Russia relationship, but the exercises are an important development.

– Here is a photo from today where Putin and Xi are toasting each other in Vladivostok after making pancakes. 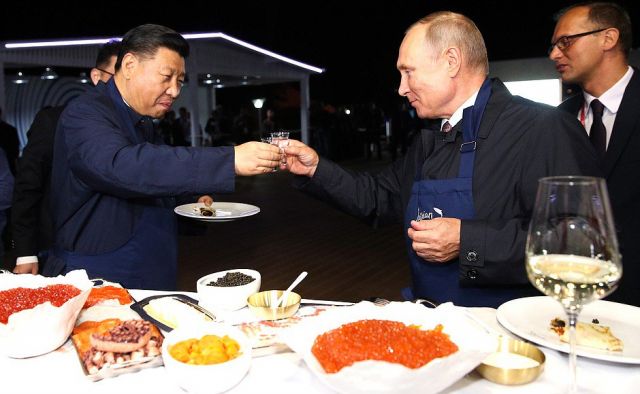