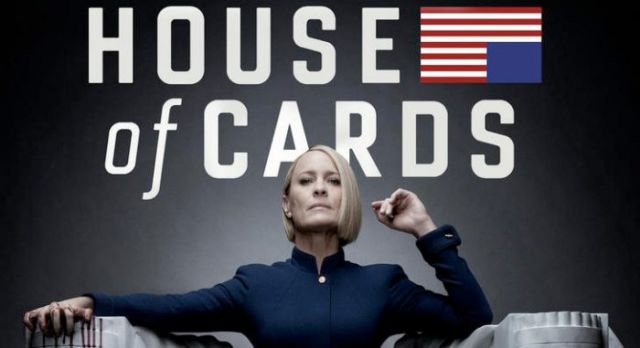 The final season of House of Cards, the Netflix drama that holds a special spot in television lore for its portrayal of political cynicism, will premier next week and the show leaves behind a warped legacy. To Americans, it both reflected — and reinforced — rising public perception that Washington is corrupt and selfish. But to many international viewers, the show also served as a form of validation for toxic conspiracy-theories about America, and in some cases, even providing a propaganda boost for some of its main global rivals.

That’s the focus of my latest piece for The Washington Post, which looks at how the show was received abroad and whether it may have acted as a poisonous piece of soft power for America’s image abroad. There’s plenty of interesting cases, especially in China, Iran, and Russia.

President Trump might take a look at the TV viewing habits of his frenemy Vladimir Putin to get an idea of what the Russian president really thinks of him. Putin is a fan of “House of Cards,” the Netflix drama about contemptuous, conniving, murderous politicians that returns for its sixth and final season on Nov. 2. In his book “All the Kremlin’s Men,” Russian journalist Mikhail Zygar says that Putin has recommended the show to officials as a way to better understand the United States and that it “affirmed his belief that Western politicians are all cynical scoundrels.”

1) Trident Juncture, NATO’s some 50,000 personnel military exercise, kicked off yesterday in Norway. It’s a big deal for defense and security in northern Europe and a big part of the response to Russia since its 2014 annexation of Crimea. Ralph Clem, a retired USAF General and professor at Florida International University, has a good explainer in The Washington Post breaking down the specifics of the exercise and what it means. Read it here.

2) China is accused of locking up hundreds of thousands of Muslims without trial in its western region of Xinjiang. While Beijing continues to deny the claims, the BBC published a major investigation this week that unearthed new evidence about the scope, size, and reality of what is underway in western China. It’s an impressive piece of journalism on a topic that isn’t getting the full attention it deserves. Read the article here.

3) Bill Browder, the British financier best known for the Magnitsky Act and being one of Putin’s top enemies, has taken his campaign against Russian money-laundering to the Nordic world. Nordea, Scandinavia’s largest bank, has been rocked by a major money-laundering scandal, and Browder filed complaints with Nordic prosecutors last week alleging that he can pinpoint 365 Nordea accounts in Sweden, Denmark, Finland, and Norway that received $175 million from shell companies set up to launder money and evade taxes from 2007 into 2013. The story is still developing, but it will be interesting to see what shakes out in the coming weeks.

– Sweden’s central bank is planning to start a pilot project next year for a potential future electronic currency, the e-krona. Like most Nordic countries, it’s very easy to go about daily life in Sweden without using any cash at all. It’s actually quite remarkable how little I use cash since moving to Finland. Yesterday I opened a new bank account here in Helsinki and as the teller was setting it up, she asked if I use cash frequently. I answered “no,” but it made me think of the last time that I used cash for something over 5 euros and I couldn’t remember ever doing so. I don’t think I have actually made any proper purchases with cash since moving to Finland over a year ago.

– Russian Foreign Minister Sergei Lavrov was invited to Norway next year to celebrate the 75th anniversary of its northernmost region’s liberation from the Nazis. The celebration will take place in Kirkenes, which was the first Norwegian town to be freed by the Red Army. Northern Norway has a unique relationship with Russia and is at odds in many ways with Oslo’s policy towards Moscow in recent years. Shared history over WWII is a big part of the ties that keep Norway’s north close to Russia (something that Moscow has been trying to play up in recent years.) I published a piece earlier this month from Kirkenes that touched on this topic. You can read it here.

– Recent reports have surfaced saying that an unidentified submarine was spotted in the Stockholm archipelago this summer. Footage taken by children has been posted in the Swedish press and the Armed Forces have confirmed that they investigated the alleged incident, but wouldn’t say anything else. In 2014, a submarine that was believed to be Russian was also spotted off the coast and seen as a warning from Moscow to Sweden (and Finland) as they drift closer to NATO.